Do you know what they do to keep a circus elephant from running away? 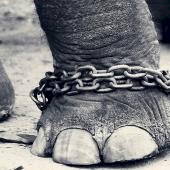 They tie a metal chain onto a collar around the mighty elephant’s leg – and tie it to a small wooden peg that’s hammered into the ground.

The 10-foot tall, 5,000 kilo hulk could easily snap the chain, uproot the wooden peg, and escape to freedom. But it does not do that. In fact it does not even try. The world’s most powerful animal, which can uproot a tree as easily as you and I can break a toothpick, remains tied down by a small peg and a flimsy chain. How come?

It’s because when the elephant was a baby, its trainers used exactly the same methods. A chain was tied around its leg and the other end of the chain was tied to a metal stake on the ground. The chain and peg were strong enough for the baby elephant. When it tried to break away, the metal chain would pull it back.

Sometimes, tempted by the world it could see in the distance, the elephant would pull harder. But the chain would cut into the skin on the elephant’s leg, making it bleed, creating a wound that would hurt the baby elephant even more. Soon, the baby elephant realized it was futile trying to escape. It stopped trying!

And now when the big circus elephant is tied by a chain around its leg, it remembers the pain it felt as a baby. And it does not try to break away. So even though it’s just a chain and a little wooden peg, the elephant stands still. It remembers its limitations, and knows that it can only move as much as the chain will allow. It does not matter that the metal stake has been replaced by a wooden peg. It does not matter that the 100 kilo baby is now a 5,000 kilo powerhouse.

However, the elephant’s belief prevails. 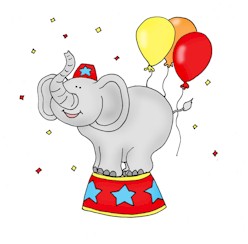 We ALL have the power to change, be and do whatever we want.

We have it in us to take on the world. And of course, we have our own chains and pegs. Our self-limiting beliefs that hold us back. Sometimes it might be that time where you got your first rejection… by the one girl you held so dearly in your heart. It was painful, crushing & unforgettable… and that failure stood deep within you as the years went by.

It could be that time where you were so confident that you’d finally nail it with the girl of your dreams, you’ve done everything right, how could you possibly fail? And yet, in the end that’s exactly what happened, you got shot down again… and the worst thing is you didn’t know why.

I know how it feels, I’ve been there before too… All of us did.

It’s a natural cycle we all have to go through… but unfortunately what happens to most guys is that they let those failures define, scare & shape them… which is the exact opposite of what you’re supposed to be doing; which is to LEARN from those mistakes and to never repeat them again.

Sometimes it’s a childhood experience or an early failure. Sometimes it’s something we were told when we were younger. That becomes our chain and peg, holding us back from doing what we are capable of, stopping us from achieving what was well within our powers. Time then to ask the question: what’s holding you back? What’s your chain and wooden peg?

These chains, these wooden pegs are much more lethal than you may think they are, if you let it. It helps shapes our limiting beliefs.

These self-limiting beliefs become chains that stop us from trying.

It stops us from trying a new (pick-up) line, a new concept, it could be anything; a new of thinking, a new way of being, etc.

(Btw, “pick-up lines” have been getting a beating lately, for some reason, guys (and girls) think it’s cheesy, but the fact of the matter is, a “pick-up” line… when used correctly, really does work wonders; I’ll be saving that topic for another day and time).

So anyway as I was saying…

Circumstances change, metal poles get replaced by wooden pegs – but we don’t recognize that. We stop trying. We give up without even trying.

… and when it comes to breaking through limiting beliefs, it’s always about moving forward STEP-BY-STEP.

Learn to walk before you run. 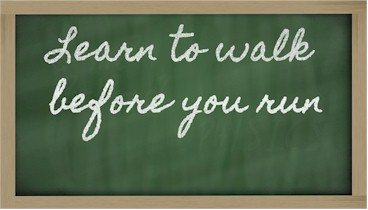 Most people want to learn the “advanced” stuff, the advanced “techniques” of meeting women without getting their foundations right, that’s also the main reason why most of them usually end up falling flat on their faces.

Incidentally, if you’d like to get a TON of great conversation & persuasion themes and lines for specific situations with women, then feel free to download & check this out…