In my experience as a woman, I have seen many men who tippy toe around asking for what they want with me. They do this because they don’t think it’s polite to be obvious and let a woman know they are attracted and interested in pursuing. My assumption is that men also think women are clueless. 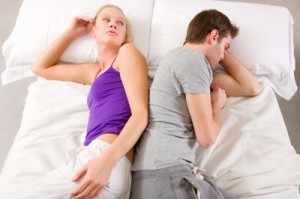 Of course we know. As soon as you approach us we know or at least we always assume that is why you are approaching. We don’t think you are coming over to us at a bar or social location because you REALLY want to tell us about the recent stock market crash or find out our favorite color. We know and there is nothing wrong with that.

If you are attracted to us, approach us and then be perfectly clear why you are approaching. Don’t hide it or cover it up to seem less obvious. Seem very obvious and let her know your intentions.

Don’t try to be sneaky and ask to be a friend. Because you know what’s going to happen don’t you?

YOU WILL BECOME THE FRIEND. If you don’t ask for more, we won’t give you more. AND we will assume that you are very content being that friend until you tell us differently.

A manipulation tactic that sadly, always blows up in a guys face.

So next time you meet a woman be very clear on what you are looking for. Tell her you think she is attractive and want to get to know more. Be clear, be straight and be direct with what you want and I can guarantee you will not find yourself in the friend zone.

The only way to get what you want is by asking for it!

When a woman learns that she can walk all over you, she no longer values you, at least not on a level of potential mate.

In my life, I have had many male friends. Several of whom, wanted more from me. I knew it, they knew I knew it, but neither of us said anything. Why? Because we were both “seemingly” getting what we wanted. I got wonderful male attention without all the emotional investment. He got to be around a woman he was totally attracted to without openly being rejected. Win, win right? Wrong. So unhealthy and so selfish for both parties involved.

These situations never ended well. My guy “friend” would close himself off to other women, putting all of his energy into showing me how great a boyfriend he would be and I would eventually end up dating another guy. I was never going to suddenly see something in my guy friend that would make me want to be with him. If he wanted something to happen, he’s the one that would need to take action. And that action is asking for what he wants and be willing to walk away if he does not get it.

The “key” to remember when stating your intention to a girl is to do it in MODERATION. Do it with some charm, or swagger and put your own little spin on it, women can smell desperation miles away.

Just the other day some guy randomly contacted me on Facebook, this is what he said:

you have awesome dress sense good to see ya on fb ? 🙂

Well on the surface, it sounds fine, but to me it’s just a big no-no!

This is what he did wrong:

If you want to move on to the next level with a woman, it’s absolutely crucial for you to get her to FEEL you.

Girls want you to talk to them. They want to “feel” you.

It doesn’t make them bad, it is in fact what we absolutely love about them. Emotions are everything. To reconcile the seeming inconsistency between the two statements replace the word ‘talk’ or ‘think’ with ‘feel’.

Women absolutely crave men to come up to them and make them feel something. Talking is just one mechanism to do that, so is picking her up and spinning her around, so is kissing her, so is the tone of your voice, so is what you wear and how you look (to a much lesser extent of course).

“What do you want from me?” is social conditioning that all men want is sex, that they will use you up and spit you out. That they will lie to you to get etc. You counter that by demonstrating a willingness to enjoy the moment without preconceived notions. The moment you ask about her job and clearly don’t care about the answer and aren’t enjoying the moment it becomes apparent you are there for ulterior motives. That ulterior motive has no soul and no feeling and nothing good will come of it for either of you even if you did get sex. All feelings come from the moment.

We love women by how connected to feelings they are. It’s ok that their words don’t always reflect reality, they are far better at spotting liars and unsafe people than men ever will. Get in touch with your heart man, watch some Oprah and cry over the kids in Africa, watch the original Pride and Prejudice and feel yourself get swept away with the awesomeness of Mr. Darcy, you’ll start to feel it.”

So how would you know then whether you should back-off or proceed onward with a woman?

What will be the obvious no-no signs that she’s not into you?

When she complains about her boyfriend.

Even if she tells you “I would love to date you if I didn’t have a boyfriend”: she’s not looking for a date, but for an emotional crutch.

She doesn’t want to cheat on her boyfriend, or ditch him, in the long run; instead she’s just looking for a short term quick fix of attention.

The woman you like probably isn’t doing this harmfully, or even fully consciously. All she is aware of is that her boyfriend isn’t giving her all of the validation, attention and security that she needs: so she’s spreading her wings and seeing if she can plug that gap elsewhere.

She may have just had a fight with him over his boys’ night out, be pissed that he hasn’t text her back that evening or be feeling insecure after she found out that her guy’s ex was a swimwear model. It really could be any number of reasons, small or large, but it is far more about her relationship with him, than her attraction to you. I know this isn’t what you want to hear but you may just have just been in the right bar, at the right time, to be on the receiving end of her fishing for attention.

She wants to feel appreciated; however, at the moment, you’re not the person she truly wants to feel appreciated by. So your flirting with her will act like an emotional band aid for now: but as soon as her boyfriend heals the rift, she won’t need your attention, dates, or flirtation anymore. She may even feel guilty for having looked to you to fill this emotional void: and will back off completely.

So even if she is:

If it all comes with her sighing, “I would love to stay in touch if I didn’t have a boyfriend,” don’t take her signs seriously.

It’s very easy when a girl is giving you these huge signals to ignore the fact that she has a man, and hope that she’ll cheat on him with you tonight.

While I’m not going to pass judgment on any of you guys for thinking that: even if she did cheat it would create a messy and complicated situation that you wouldn’t want to find yourself in! So get out and move on!

You can enjoy the flirting in return but don’t get invested. Don’t spend hours hanging out with her, listening to her, and pursuing her with endless texts and emails as this is one clear route straight to the ‘friend zone’.

That’s all for today… but if you want an in-depth, behind-the-scenes, fast-track education in female psychology and sexual attraction… combined with step-by-step techniques for overcoming approach anxiety, creating conversation, getting what you want with women, and taking things to a physical level with women… then feel free to download this…