Women and girls have the same biological features but psychologically, they are different. Women are more emotionally mature than girls and they can handle different kinds of situations without being socially awkward. They see and understand the world as it is and they don’t try to bend it to their will unlike girls.  Unfortunately, there are too many girls and not enough women for men. The problem is that since women and girls look virtually the same, it is hard for men to tell whether they are dating women or girls.

Women are a scarcity but this does not mean that they are non-existent. It is just that they are very difficult to come by. Learning how to know if you are dating a woman is very important so that you can take the relationship deeper. After all, it is never fun to have a relationship with a girl. Below are the tips to help you determine whether you are dating a girl or a woman.

Tip #1: The Clothes Says It All

Women know and respect their body so they understand that they can look sexy without being too provocative.  A real woman does not need to show everything to men in order to look attractive and appealing. In fact, they are confident with their bodies that they do not really care about what they are wearing. They can make themselves look sexy even if they are just wearing a simple shirt, jeans and sneakers. Girls, on the other hand, like to dress revealingly because they believe that it is the only way to attract men.

A woman likes her men to respect her and treat her. She is financially independent and does not need a man to pay the tab. She can pay her own bills and pay for her own clothes. She does not need a man in order to keep her. Girls, however, like to be babied and be taken cared of so they require their men to constantly spoil them.

Tip #3: Women Use Words To Express Themselves

Girls expect their men to read their minds but the problem is that men cannot read minds unless they are clairvoyant. All girls believe that men can understand  what they are hinting at and they eventually throw tantrums after getting disappointed with their men. Women, on the other hand do not expect their men to read their minds. Instead, they express themselves but they don’t get frustrated with the shortcomings of their partners.

Women enjoy night outs with their friends but unlike girls, they can hold their liquor and they know their limits. They don’t chug down booze and get drunk uncontrollably in the hopes that they attract men. Well, they might make men desire to take advantage on them but never get attracted to them.

Tip #5: Women Don’t Dwell On Social Media All The Time

Women are very busy living real lives that they cannot bother themselves with social media. Girls, on the other hand, cannot wait to get home and update their Facebook status. This is especially true if they want to update their relationship status from single to in a relationship. This does not mean that women are not proud of their men. It is just that they are not too foolish enough to flaunt to everyone – even  to those people whom they are distantly acquainted with. 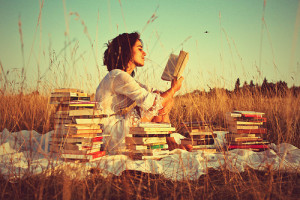 Watching TV is a great way to pass the time but too much of it is garbage. Women have their own TV shows but they spend more time on books and other publications with substance.  They also do not enjoy meaningless pop culture garbage compared with girls. So if you ask a woman her opinion about your favorite TV show, you can expect that she will try to relate to you but she would rather talk about more important things.

The most important distinction between women and girls is that the way they can hold stimulating conversations. Most girls are really awful at holding on stimulating topics and they would prefer small talk.  Girls are also not updated with the current global affairs and they do not have any intellectual hobbies to fill up their time. Women can talk for hours  about topics that girls will cringe on. 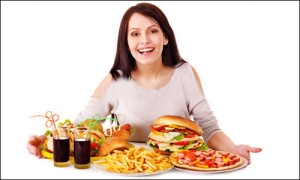 Tip #8: Women Eat Whatever They Want

Women eat healthy because they respect their bodies so if they eat salads, it is a sign that they want to keep themselves healthy but they also eat whatever it is that they want. Girls, on the other hand, try to let everyone else see that they are eating healthy to impress the people around them. They don’t do it for themselves but for other people. Remember that a real woman will still eat even the most sinful burgers and fries with their men without showing any fuss at all.

Women understand  life and they do their best to live very meaningful lives. They also look forward on everything thus making them passionate as well as driven. They take charge of their lives and they don’t rely on men to make their lives better. Girls, are not driven thus they need men to pick them up and show them how to live their lives.

Tip #10: Women Do Not Need Anyone To Be Happy

Women do not anyone to complete them. They can take care of themselves and they can also take care of their business. Although they don’t need anyone to be happy, it is a bonus if they can find good men to stay by their side. Girl are always looking for dole outs from capable men and they believe that they cannot live if they don’t have dependable men by their sides.

Women are strong-willed and more mature than girls. Although they are a scarcity, finding them is like finding a diamond in the sand.