As you’re out there finding your place, putting yourself out there in the dating scene, it’s important to know exactly what it is you’re signing up for.

Guys nowadays are always so obsessed in looking for “hot”, “beautiful”, “sexy” girls that they tend to overlook what lies ahead once you’ve gotten her as your girl.

Because once she becomes your girl, you’ve got to put up with everything that makes her… “her”. There is a big difference between dating a woman from a girl. And that difference, especially when it comes to relationships… is their ATTITUDE. 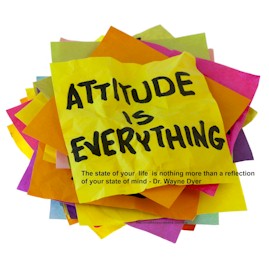 Age does not play an important role in determining the difference between a woman and a girl in a relationship. As a side note, it is worth mentioning that it might be “easier” for a guy to pick up a girl but not a woman.

As the saying goes, boys are attracted to girls while men are attracted to real women.  However, for inexperienced men, spotting a woman from a girl takes more than just looking at them on a physical level.  There are some cues that you have to take note off to determine whether the girl you’re with (or the girl you want to be “more than friends” with) is a woman or a girl and whether is she someone you want to be together with in the long-term or not.

Women Do Not Throw Tantrums

A real woman does not throw tantrums. When they are displeased or angry, they do not react like children do in order to get the things that they want. In most cases, real women are readily more accepting of the situations around them. Because women are more mature, its in their nature to not react to  the situation but rather to respond to it.   When they are upset, real women  communicate their emotions to the right people to get their problems acknowledged.

A real woman has standards that she sets for herself and in whatever circumstances will not feel “entitled” unlike most “girls” do. She is realistic with her surroundings and that she does not project high expectations upon others. Unlike girls who are more easily be picked up by men (as long as they are treated like a princess), a woman requires more “work” (and effort) than that.  After all, women have different expectations and it is difficult to know what these are at first glance. To get these women, it is important that you get to know her first before she even starts to develop any feeling for you. 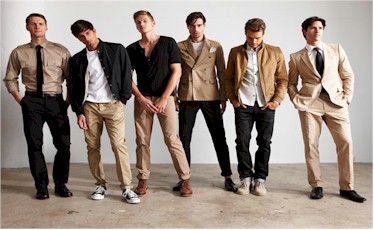 Unlike girls who immediately judges a person based on what is found on the outside, a woman takes time to see a person’s worth and if you really want her to see your worth as a man, then drop all assumptions and just let yourself act naturally in front of her. The takeaway here is not that you can dress sloppily when you’re with her, to the very least, as long as you’re dressed decently, you should do fine with her. Although it doesn’t hurt to dress in “style” every once in a while when you’re with her 😉

A Woman Is Financially Independent 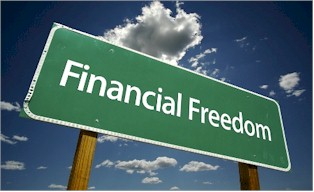 A girl tends to look best to win a man with good financial standing. So if you introduce yourself to a girl and if she asks you what your job is or how much you are earning, then chances are that she is banking on you to secure her finances in the future. A real woman is financially independent and she invests in her own talents and careers to find financial happiness.

However, do not take this as a sign that you have to let her pay for your date because she is financially independent. A real woman also loves a man who takes charges of his finances and has goals in life. A real woman would want to be with a man who “provides” (that’s the man’s job as they like to say), who knows what he wants in life, a go-getter, someone who is going somewhere in life rather than someone who drifts mindlessly in life with nothing to aim for.

A Woman Is Always Optimistic With Everything Around Her

Most girls tend to see the world as a place that lacks resources. This is the reason why most girls compete aggressively with other people especially “women” in order to secure a man whom they think will be able to provide their needs. While a girl sees everything around her as lacking, a real woman is optimistic with everything. She doesn’t go about rushing on things especially when it comes to finding a partner.

A Woman Knows How To Work Just Like Cinderella Does

Most girls cannot be bothered with doing domestic work. In fact, they are also proud with the idea that they cannot cook or look after themselves. Generally, girls act like a typical damsel in distress. However, women are far from being a damsel in distress. With their love for independence, they know how to work just like Cinderella does. If you really want to be with a real woman, then you’ll score a way better chance with her when you also know how to look after yourself.

A Woman Respects Her Body

Women respect their health, their integrity and their talents and consider them as her greatest assets while girls are more prone to not bother. Girls often cherish material things like handbags, shoes and jewelry. If you plan on getting together with a real woman, it takes much more than just giving her expensive jewelry to impress and make her happy. Invest in her abstractions in life.

A Woman Has High Moral Compass

It is important to take note that a woman is more likely to have a higher moral compass as compared to girls. I’m not saying this to generalize that all women are angels, but what I’m saying is that there’s a higher “chance” for a woman to be as such simply because she has more life “experience” to begin with, as compared to someone immature.

When you spend your time with a girl, its not uncommon to find yourself feeling exhausted because she takes a lot more than she gives. However, with a woman, she empowers you with all the possibilities that the world is a better place to live in.

Girls are generally more “linear” in their thinking and their perception of the world, wheres for women, it’s not so straight forward. They are like onions; with layers upon layers wrapped around them – it is your duty then to understand and peel open those layers – one by one – until you reach deep down to her core – that’s when the “real” her appears. So with a woman, it’s never about what she sees in you on the outside, but rather she sees in you on the inside that matters most – it’s all about gaining her trust and engaging her real passions in life.