Romantic “chemistry” is an elusive yet very commonly used term.

Although most people would have a hard time defining what chemistry between the two people means exactly, we all like to use that word to describe a connection that we have with the other person when we enjoy each others company finding each other interesting, funny, sharing various specific views, and feeling strong sexual attraction toward each other. 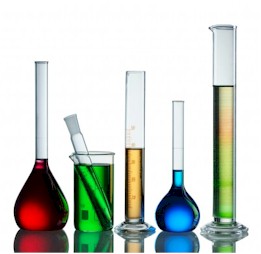 On the other hand, “lack of chemistry” is a blanket statement that we like to use to describe a situation in which we are not attracted to the other person even though he/she could be great in many ways, and we can’t quite explain why.

So, what is a good way to find out quickly and reliable whether there is chemistry between you and your date whether it’s your first date or later?

One of the most effective ways to accomplish this is by having the most simple, the most “boring” dates. Interesting enough, when there is chemistry between two people they really, really enjoy being with each other even if they do absolutely nothing.

So, if you invite a woman over to your place and you just have a great time sitting next to each other and watching a bad TV show, or just talking and then possibly going to bed together and enjoying intimacy, then obviously you have great chemistry – a connection that doesn’t depend on external sources of entertainment.

On the other hand, if as soon as you are planning a date, one of you or both of you is really anxious to figure what what you are going to be doing once you meet, because being in a company of each other doesn’t really do anything for either of you or both of you, it is a pretty strong indication that there is no good romantic chemistry between the two of you and there must be a better person out there for you to date.

Side bar : 3 Steps to Make a Girl Laugh

Many guys feel compelled to come up with creative destinations for their dates.

Ironically, the most common reason for that is that the woman they are going out with or about to go out with is not the right one for them, or it’s because they haven’t learned yet how to become and be INTERESTING to the opposite sex.

So, whenever you are going out on a date, do not worry so much about picking a unique destination.

Rather focus on learning how to be INTERESTING and using this simple way to find out whether there is that chemistry between you and her that you are interested in. 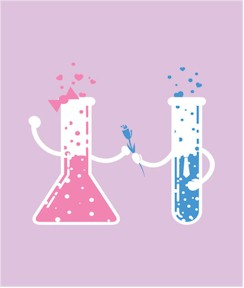 And if you want to know how to be more “interesting” to women, to the point of being passionately IRRESISTIBLE to them, download this:

Of course, if you are into Asian women, it’s an entirely different ballgame altogether, check this page out to know what I mean: Secrets Of Dating Asian Women

Before I dive into several useful tips on meeting shy girls, I believe it’s important to address the question whether it is a good idea, for you, as a guy, to try to approach, meet and date shy girls.

My answer is: absolutely. This is for several reasons.

First, many girls who make an impression of being shy are not shy at all. Other girls are shy at first but later prove to be very outgoing.

But even if the girl is truly shy, once you uncover her true self, you might just be in for a pleasant surprise, as that shy woman often turns into a very passionate dating partner (and sex partner as well) is in many ways more aggressive and open minded than those who don’t seem to be shy.

So, don’t perceive the low-key demeanor, modest clothing and quiet voice as negative signs. Such a girl might just be smarter, more interesting, and more passionate in bed than many of those women who like to be in the “spotlight” or who also are known as “attention whores.”

If you laid your eye on a shy girl, there are a few things you need to keep in mind.

First, she is shy for one or more of the common reasons: she might be inexperienced with men, she might be attracted to you as well and is afraid to do/say the wrong thing, she might be conservative, believing that she is not supposed to show any signs of interest, or she might be all of the above.

Regardless of the reasons for her shyness you should consider the following tips:

In sum, a shy girl might be a hidden treasure.

It might take a while to find her and get to know her, but she might prove to be a great love and great dating partner, once you pass those initial stages of breaking a slightly thicker ice of shyness.

Certain traits and communication techniques trigger “attraction”… and if you know what they are, and how to amplify them, you can then create results that will look like MAGIC to others watching.

…and if you’d like to be one of the few men on this planet that actually “gets it” when it comes to this “advanced level” of communication, download & check this out…