To all ladies out there, if you have just survived a recent break-up and you think that the reason for your demise is that you have been looking for love in all the wrong places, then you have to change your views. The reason why your past relationship did not work out is not because the timing isn’t right but because you probably  had a relationship with a boy and not a man.

Although both men and boys have the same physiological makeup, there is a big difference between the two when it comes to emotional and psychological maturity. It seems that men are more responsible than  boys and that they have better disposition than immature boys.

In most cases, having a relationship with a mature individual with a boy trapped in his heart can be draining. You have to always give in to his whims and it is usually you who always gives in the relationship. Unfortunately, there is this natural affinity for most ladies to get attached to men  that embody the worst emotional characteristics of their parents especially the father figures.

Getting into a relationship with such people is not considered healthy and if you want to save your sanity and self-respect, you have to get out as soon as you can.

It is important to take note that girls are attracted to boys and women attract only men. For this reason, it is crucial that you also act like a woman in order to attract the right man. This means that you have to exude self-respect, independence confidence and inner beauty no matter where you are.

Now if  it has been months that you have already moved on from a bad relationship, do not go jumping into a new one unless you know how to differentiate boys from men. That way, you will save yourself from experiencing the same heartaches in your next relationship.

Below are some tips on how to spot real men from boys masking as men.

A Man Is Always A Go-Getter

Men Look At The Horizon Ahead 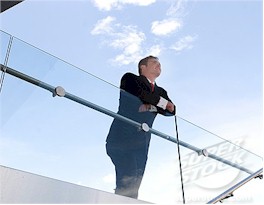 While boys live for the moment, men tend to look ahead thus he plans his future carefully. He works towards building a foundation especially if he wants to settle down. When it comes to their future plans, men try to see themselves 10 or 20 years from now while boys try to see themselves on what they want to do during the coming weekend.

A smart man knows how to tell a good woman from girls. When a man becomes interested in a woman, he will take every opportunity and initiative to get to know her until he wins her affection. On the other hand, a boy will only make an attempt in getting to know someone and if he finds it difficult to win her, he eventually gives up and looks for an easier target.

Men Are Comfortable Even Outside Their Boxes

Men are not afraid to get out of their comfort zones. In fact, they can still carry themselves well even if  you have uncomfortable conversation with them. He is always honest with his every intention and he does not run away from confrontations. On the other hand, boys usually avoid confrontation and they do not like to be cornered into answering questions that they are not comfortable discussing with.

A Man Knows When Is The Right Time To Commit

When a man has found a woman that he is really interested, he knows when is the right time to commit. Boys, on the other hand, are always testing  and he is never ready to take the relationship into a more serious level. In fact, regardless who he meets, a boy will never be able to move on to the next level  relationship with their partners.

A Man Knows How To Balance His  Life

Most boys find it difficult to balance their lives. In most cases, they are more concerned about their social lives that they do not notice that their careers and relationship are already crumbling. Real men know how to have fun and, at the same time, do their jobs properly and build their lives. Men are so good in balancing their lives that they have more time to pursue their passions.

A Man Is Constantly Improving Himself

Men constantly try to improve themselves to the man that they want to be. This is the reason why most men love to  take quite times in order to reflect by themselves. Unfortunately, boys haven’t established their moral compass yet so they remain the same all over the years. In a way, boys are trapped in their own world no matter what happens to everyone around them. 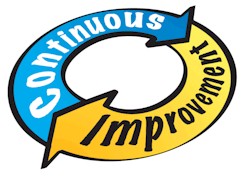 There is really a big difference between dating men from boys and if you do not want to experience the same heartaches as before, then it  is important that you only go with men and avoid boys as much as possible. So how do you know if you are talking to a man or a boy, if you are out there mingling with them, chances are that you will know it easily based on how they talk and how they compose themselves in front of you.