Playing the dating field in the 21st century – what is there not to love?

Unlike how it was in the past, men – women dynamics have changed so much that it now becomes so unpredictable, with so many external elements that comes into play – it’s interesting to know what really “governs” the rules of dating anymore.

As little boys growing up, we men were always taught and brought up from young, not only by our parents but by every form of media around us to be a “gentleman”; courteous,  nice, cute, polite, compromising and “understanding” to the opposite sex.

Looking back, I can only say that that’s some real terrible, HORRIBLE advice right there!

Damn right it is.

I don’t know about you but the day I stopped being a “nice guy” – was the day the babes started flocking in.

Being a nice-y certainly got me nowhere with girls – except a whole lot of “I like you, but lets just stay as friends” lines.

I used to be dumbfounded that despite my charming, calm and loving nature, I just couldn’t seem to get the girls. ?And I’m not too bad-looking if I should say so myself – back then I just knew I was doing everything “right,” but why did I still end up alone with nothing to show?

What’s worse is that time and time again, I seem to be losing the girls that I was going after to so-called “bad boys” – guys who were clearly no better than me whatsoever – that was what annoyed me the most.

As frustrated as I was, and as annoying as they can sometimes be, these guys seem to have a “secret attraction” that keeps women hot on their heels wanting more.

They always seemed to be getting in my way and ruining my new found “friendships” which I was hoping would later blossom into something more sexual and intimate. This arrogant, over confident, proud and “know it all” guys seemed to offer women something more “treasured” which other guys such as myself supposedly didn’t have. Wtf.

I was curious to know why this was the case, and soon after, I began digging up information from every source I could possibly get my hands on.

Bad boys are known to be arrogant and rebellious; women are often “warned” to stay away from them because they are a bad influence. Some people have even gone ahead to associate bad boys with borderline personality disorders, even.

But despite all the negative aura surrounding them, women still find themselves drawn into their world hoping to find the answers to the “mysteries” that always seem to be associated with bad boys. 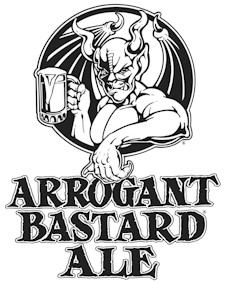 Their “arrogance” are a huge turn on for women who feel that this type of man is never intimidated by anything or anyone. They are always willing to risk everything for what they stand for and believe in.  And for some funny reason, it is with this that women believe this type of man will always protect and defend them from anything whatever the circumstance. The fact that they are not cowed by anything makes women feel incredibly secure and protected around them.

You’ll be surprised to note that most of the things men find as total turn offs are what indeed the same exact things that attracts women to these guys They are often seen as wild and “rough” – which gives women the perception that they have strong characters who love “taking charge” with whatever they have to deal with in life. In a way, “bad boys” are like untamed animals, always getting to urge to be everywhere and stay on top of situations.

A typical “bad boy” does NOT have any idea what being SHY means. They just do what they want to do. Say what they want to say. They’ll say and do things that most guys wouldn’t typically do. Whether in public or not, they will are bold and will never apologize for it.

Nothing scares them. You get the point.

These are the stuff that women are into.

They are into guys who know what they want and goes for it, and not someone who is wishy-washy and beats around the bush.

They are into guys who are never afraid to openly express their affection even in public. They love spontaneity. They adore a man who can just grab them for a kiss without having to fear about who is watching. They want a man who is “a man”.

Not all women are advocates for gender equality.

Deep down, women still want be to feel that their man is in charge. They want to be taken cared off, to be loved, protected – they want to be feel SECURE.

It brings out the primal, feminine side in them.

In fact, I have come across women who have told me to my face that they are attracted to guys who occasionally puts them in their place. Now, please do not confuse this for any form of brutality, sexual abuse or anything, some women just see this as an act of a man taking control of his sexual role as the man in the relationship.

It’s inevitable for a woman to resist the bad boy.

It’s so dangerous, it’s so forbidden, that it’s such a turn-on.

If you are looking for career, wealth, respect and prosperity, you probably will not find some of these qualities in bad boys.

These days, it’s no surprise to find that these same “bad boys” are the ones that really make it in life.

These guys can be crazy as hell – doing things so far-off from what’s most acceptable by society.

And these guys will almost always score well when it comes to physical attractiveness and of course sexual prowess.

Is it any surprise to know that women will immediately assume you’re great in bed if you’re a bad boy? They’ll think that because you’ve been with so many women, that’s where you’ll become better and better at satisfying and pleasuring them. And because you’re that good with women, that’s why they are constantly throwing themselves at you.

It’s this web of sexual passion and intimacy that excites them even more.

These guys are generally considered to be “creative”, unique and unpredictable, you can never just tell what is going through their minds. Women are mostly into surprises.

So it’s no “surprise” then to find them attracted to these guys since they’re the ones who always tactically and carefully plan everything that they do. It’s so “different” to them – it’s so “unpredictable” to them – it becomes “addictive” – too irresistible for them to forgo.

Women love being kept on the edge not knowing what to expect next. And “bad boys” have seem to have mastered this game of uncertainty very well to the point that that it drives many women crazy.

It then becomes a “game” that she is determined to “win”. It makes her look forward to the “high” and experience of trying to get a “bad boy” turned into their “baby boy”

Women tune in to things like these for them, it’s fun and “worth” the time time, worth the effort. Taming a bad boy and finally winning him over to be your own is a considered a great feat of success. Think about it.

Which “part” of the bad boy would you like to incorporate into YOUR game?