In this current world were the population of men seems to be declining and more and more women seems to be competing to this pretty limited number. What adds up to the weight of the scenario is the fact that not all of these available men are real men much more a good man.

So if you are pretty serious with the idea of looking for a partner to share the rest of your life with, it is important that you should have a good grasp of the things to be watchful about when you want to end up with a good man as a life partner.

1. He Keeps A Tidy Place

A good man puts emphasis on one significant aspect of life: health. One way that you can measure this is to take a look at the place he is staying.  A crowded and untidy space invites different microorganisms which may actually cause disease and this could be equated to his valuing of health. The more clean the space he is staying, the likely that person is mature enough to handle other important aspects of life including building a family.

2. He Has A Sense Of Responsibility And Direction 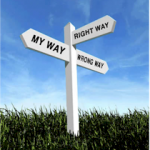 A good man literally helps identify direction for his life and thus will not settle for anything that may hinder him from growing nor will he take actions that will cause hindrance of the growth of others. In a way, you find a man good if he sees to it that almost everyone around him also grow with him. Also, when a guy has clear direction and really knows what he intends to do and how he will be navigating his life in the looming future, then that is a significantly good guy. Add up to your consideration if you have been included to some extent in his list of priorities.

3.  He Seem To Be Able To Take Care Of Himself

A very good way to identify whether or not you are dating a good man is to determine his level of independence. The extent to which a man can take care of himself may help you identify if that person is also ready to take care of his future wife and kids. If after a night out and the guy you are eyeing for seems to be stumbling just to get to his place, then you might have to look for someone else. Guys of this type are likely to transform you into a babysitter.

4. He Is Careful With His Opinions

Tactless guys are not good guys and better left off. But those who seem to deliver their opinions about different things, whether positive much more if it is negative, in  a respectful way can also carry on with decision-making in a very light but logical manner. He puts weight and thinks through before speaking his mind and thus it may connote that he is actually taking into consideration careful thoughts before actually uttering them. It may also be an indication that this type of person is more of level-headed in terms of handling stress and even very anger-igniting situations.

5. He Is Always Looking At The Bright Side Of Things 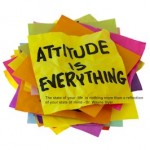 A guy who is positive despite the negative scenarios can be hailed as a good guy. This also goes to show that he always sees the good side of even the worst possible scenario and are likely to stay with you through thick and thin. Guys of this sort often do not complain and may even convert unwanted scenarios into something that is could generate better results. Sticking with this type of guy will also provoke you to think positively despite darker skies.

6. He Readily Acknowledges His Fault And Admits It Without Hesitation

For most guys especially immature and not so good ones often have great difficulty admitting to themselves much more to the girls they are dating that they are wrong. Majority often succumb to their pride and do not want the same to be bruised. But if the guy you are dating is really good you will likely hear him acknowledge and admit readily whenever he is at fault. It is not difficult for him to do so because he himself knows that he is not perfect. He may even go to greater heights and try not to do the same wrong deed again.

7. He Will Always Encourage You To Go For The Greater Heights

A real and good man will never include “cannot “in his mind. He will always encourage you no matter how discouraging you may look at the situation. You will never feel desperate when you conversed with a good man because he sees you as someone who can always go beyond your limits. He will always tell you that you can do it and that you can always accomplish various things.

8. He Will Allow You To Take The Lead

In most of your conversations it is likely that one will dominate and you might end up quarreling on a seemingly nonsense topic or issue to which both of you might not be directly affected. A good man will also provide his opinion with regards to the topic but will not actually argue with you. He will respect whatever you have in mind. On issues that involve you both, he will never beat against a bush but instead give you options and letting you actually decide for the two of you.

9. He Knows How To Appreciate You

A good person much more a good man knows how to appreciate the person he is dating. If you are dating a guy who does not just tell you mere words but couples it with concrete actions that he appreciates you, then you are likely dating a good man.

10. He Puts Value On Himself 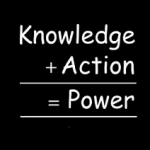 A good man keeps himself healthy and strong. He invests in his health and believes that his own body is a temple and must be taken cared of. Also, he knows that his activities will be highly dependent on his body and its state and thus a good man ensures that he practices healthy living strategies to keep himself active.

If you want to learn how to find a good man, read my Penguin Method Review here and watch a short video clip prepared by Samantha Sanderson.