There are numerous techniques at your disposal to get a woman to go to bed with you.

Most women will tell you, however, that this is not true. Obviously they don’t want us to have the keys to the lock that opens up their coveted wares 🙂

To seduce a woman you will first need to understand her point of view and then proceed accordingly, not only to obtain your own objectives, but for your mutual satisfaction and fulfillment. 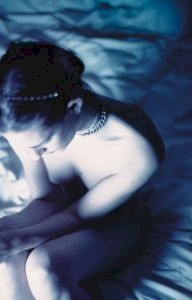 Because women want to be seduced and they want to have sex as much as men, they just want it on their own terms.

The most important sexual organ you possess as a man is your MIND. You must use your mental powers to arouse a woman and to handle her objections and fears to get her into bed.

In many ways, you’re going to have to talk your way into bed.

(By the way, if you want more of the next, next level “advanced” stuff to be a MASTER at closing women for one night stands, click here to download them here…)

Before discussing her fears, however, I want to warn you about your own. You cannot have a negative internal dialogue with yourself and all sorts of doubts and negative thoughts racing through your brain when you’re seducing a woman or you will surely sabotage yourself.

So don’t allow yourself to dwell upon your fear of rejection, your inadequacies, or any doubts you have about yourself.

You must stay positive and expect the best to occur every time you are with a woman. Believe in yourself, relax, and have fun. Women will be less likely to resist any move you make if you are natural and carefree.

Like a beautiful young woman once told me, “The fewer a guy’s worries are, usually the more attractive he is.”

So again, to seduce a woman you will have to influence her mind.

You will have to persuade her to have sex with you because the decision to have sex or not is a woman’s prerogative.

Once you understand the criteria upon which she bases her decision, you will be able to influence her in a way that will get you the results you desire.

If you’re into Asian women however, I would recommend for you to click here to download and read this first… 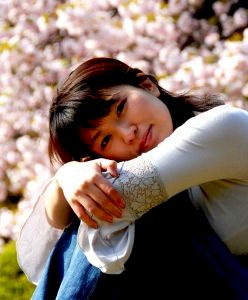 Much of the criteria upon which a woman bases her decision on whether or not she is going to give it up revolves around her basic FEARS.

A woman must first be free of any anxiety or fears before she will invite you to ravage her. You need to clear away the obstacles to the bedroom. Understand a woman’s fears and you can leverage a woman’s point of view to your advantage.

A woman has three main fears that you need to handle to clear the path to pleasure, ease, and her enjoyment of sex.

First, she fears that she is not as beautiful as she needs to be, or could be, or should be.

Women are always worried about their weight, the size of their breasts, their wardrobe, and their overall attractiveness.

To eliminate these fears of inadequacy, tell her how beautiful she is. Tell her what you think of her skin, her neck, her legs, and especially her eyes. But don’t mention her breasts unless they’re perfect and not until you have already caressed them.

Complement her about her clothes, her eye makeup, her jewellery, and never, NEVER criticize her or belittle her in any way when you’re making your move toward the bedroom.

Her second biggest fear is her fear of abandonment.

She needs to feel that after you make love to her that you are still going to be with her in the future. Reassure her that you are now a part of her life. In your pre-bedroom conversation, tell her how much you look forward to spending time with her in the future, and explain why you can see the two of you together for a long time, and talk about exciting things you will do together over the weeks and months ahead.

The third big fear to handle before getting a woman into bed is her fear of unwanted pregnancy or contracting the AIDS virus.

You deal with this fear by broaching the subject of condoms before you get all hot with passion. Most women now days will not have sex with you unless you’re wearing a condom.

As a Chinese girlfriend of mine was fond of saying, “No cover wang, no get bang!”

Your job is to reassure her ahead of time that you use condoms and that you have a supply of them on hand.

Look for ways to talk about the subject of condoms in a non-threatening way. Say something sometime early onlike, “I think it’s really important that people use condoms when making love.”

Try to word it in a way that uses third party names and references; don’t say ‘you’ like to use condoms don’t you.

If you REALLY want to learn how to master the art of seduction & persuasion – taking things from one step to the next with a woman in a SMOOTH way… download this:

1. Be sincere.
Compliment her on something you truly admire. Hollow compliments can often be sensed. A compliment that she knows you mean will have much more impact. This doesn’t mean you can throw out a compliment and then get naked, but it is a good first step.
The compliment should NOT be ‘you have great knockers.’ Go for the eyes, hair, intelligence, sense of humor, something along those lines. On the other hand, too many compliments can come off sounding insincere. One or two sincere compliments are best.

2.Listen to her.
She will give you clues about what she likes. At some later time, you can show that you remember what she has said and it makes a difference to you. This will earn you big points.

3. Be real.
Don’t exaggerate to make yourself sound better. Don’t tell her lies just because you think it will help. These things have a way of turning around and biting you.

4. Don’t offer advice unless asked.
It could come off sounding like you are telling her what to do. Just listen and be supportive.

5. Do not talk about sex unless she brings it up. This one is pretty self explanatory.

6. Don’t act desperate.
Just let things flow naturally. Desperation is an unappealing quality in either sex. Playing a little hard to get can actually be appealing.

7. Avoid talking about yourself too much.
Let her talk and if she wants to know, she will ask. An ongoing conversation about how big your muscles are or how fast your car is will not score many points. Bragging about how well endowed you are is a big no-no too. On the other hand, silence doesn’t work either. Look around and find something to talk about. Preferably about her.

8. Avoid letting your eyes wonder to other women when you are with her.
Talking about other women or your ex are both no-no’s too. If you are out with her, let her know you like being with her by respecting her feelings and keeping your eyes and mind on her.

9. Treat her with respect.
Don’t call her chick, broad, dude or any other name unless you have been together for a while and you come up with pet names for each other. Respect is crucial and a good woman will not be interested in sex with you until she knows you respect her.

If a one night stand is what you have in mind, then don’t lead her into believing you want a relationship with her. Playing with her feelings is cruel and something no one should do to anyone.

10. Don’t make her feel like because you have spent money on her, she should sleep with you. Making her feel this way will generally have the opposite affect.

All you have bought is her time and the opportunity to prove to her that you are worth a second look. The rest is up to you.

By the way, one of the questions I get asked A LOT is this: “I am soooooo into this girl, I love her to death and I’ll practically suffocate and die if I don’t get her. What am I to do?”

In English, it means: How do I turn a friend into a girlfriend?

I was stumped & intrigued myself at the beginning… I mean, how does one turn a friend into a girlfriend? Is it even possible at all? 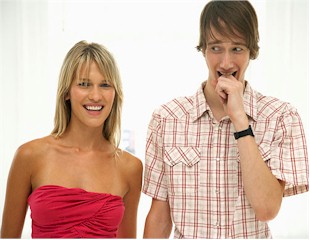 Well, after A LOT of study, testing, and trial-and-error, the picture began to come together for me…

It was a combination of several different types of “signals” they were sending to women… that these guys just “understood.”

In a nutshell, I realized that they just spoke a different”language” with women.

As easy as it sounds, that was it!

You want to make a friend your girlfriend? Speak a different language!

Now, as I started to do research on the topic, I found that even though this stuff was right out “in plain sight”, no one had ever really noticed or DESCRIBED it.

To make a long story short, I took this new “secret” information that I discovered, and put together an entire program to teach it to other guys…

As far as I know, this is the ONLY program of its kind ever created. In fact, I get emails all the time from guys who say that just one time through this program instantly changed their views on women and attraction… and allowed them to spark attraction in girl “friends” who weren’t the slightest bit into them at all… in every type of situation…again, IMMEDIATELY.

If you want to know how it’s done, just go to this page, download and watch all the videos here:

I’ll talk to you again soon.