So, you recently met this really hot guy and went out on a date with him. The date was going very well. You both enjoyed the conversation and the company. The mood was light and happy; tipsy, even, since you already finished a bottle of Merlot without realizing it. 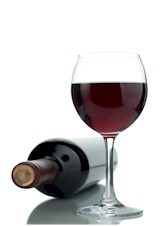 You can feel the chemistry is strong. There’s both physical and mental connection. And upon reaching your apartment’s door, it was obvious that you still both want to hang out and extend your date.

Should you invite him in for a nightcap, which you know would most probably end up in bed because you can already feel the electricity and magnetism coursing through you both? Or should you just call it a night? After all, it was already a great night.

If all you are looking for is a casual dating relationship, then by all means go for it! There’s nothing sexier and more exciting than letting things flow in their own course and see where it takes you. That is, if you can accept that after this steamy hot sex all you will ever be is a sex goddess date and nothing more serious than that.

However, if you think that this really hot and nice guy could be your next serious boyfriend, then DON’T! I repeat, DO NOT have sex with him on the first date. Do not even invite him in unless you are sure that you can keep your hands off of him, or that you can politely ward him off if he makes any advances. 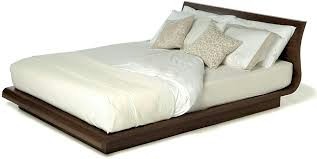 Yes, a man’s brain is hard-wired with sex thoughts. They think of it all the time. And yes, a hot date would surely please him. But it will not make him think of you as a serious “girlfriend material”. He may still call you again.

You had sex with him on the first date. Of course, he would think that he can get a second helping. After all, the sex was good, the girl was hot, and it’s free! Oh, don’t cringe. That is the ugly truth, honey. A scientific method called the Penguin Method by Samantha Sanderson proves this theory and offers detailed explanations and tips.

A lot. And that’s a fact. But it is also a fact that they do not get serious with women they got into bed easily. Even if you tell him after having sex that you don’t do this “sex on a first date” all the time…that it is really the first time it happened and you don’t know what’s gotten into you, the fact that you did will stick to his mind.

And a man wouldn’t see a girl who easily gets into bed during the first date as a possible “bride-to-be” candidate. He will always have that first date at the back of his mind.

Remember the saying, “First impressions last”? Well, that is true most of the time. So, if you want a man to take you seriously, keep your panties on and your legs crossed. At least on the first few dates.

I hope you enjoy my thoughts on female seduction. If you like it, please give me some comments.