Question: Whether it be a group of women, two girls busy chatting with one another at the local park or a girl having her “me-time” sitting all by herself in Starbucks, enjoying her favorite coffee and reading Cosmo – have you ever tried to approach them “cold” to start a conversation before? 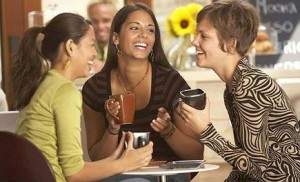 If you have, how did it eventually turn out in the end?

For me it was nothing short of a complete disaster.

I still remember vividly the first couple of times I did it, I was practically shaking in both knees, trying my best to act cool at the same time.

The words that came out of my mouth then were some of the most ridiculous things I could ever have said; I stammered my way through words that made no complete sense at all, thinking back, it was just plain stupid what I said — and what I got in the end were mostly blank stares and some giggles from those encounters (some of the girls eventually eased up to me and were friendly enough to continue the chat despite my many fumbles, but most of them just turned out BAD with them completely ignoring me and walking away cold).

The point I’m trying to make is that approaching women was not easy.

The most difficult to me was to approach a girl when she was with a group of friends. The first thought that usually comes to mind is always that fear that I would be “intruding”. What usually comes up next is the barrage and onslaught of questions, doubts and assumptions that gave me all sorts of reasons not to proceed with the approach. And most of the time, I eventually end up not approaching at all.

Fortunately after numerous horrible approaches, failures and embarrassing rejections — I got a little smarter, a little better at it with every step forward as I learned from my mistakes, tweaked, refined and experimented with my approaches to the point where it becomes almost second nature to me today.
Looking back, it’s not really as difficult as most guys make them out to be; all it takes is just the right MINDSET, that’s all.

Ask any woman you know – what is the best way to approach them?

“How hard can it be? You guys just have to walk up to us and say hi, and if we’re interested, we’ll definitely show!” is what they’ll usually say!

In other words, 80% of a successful approach is just showing up and actually doing something… anything! As them girls would say, if they like you, they will definitely keep the conversation going and let you know.

So the question now is, does walking up to a girl and saying hi! – will that actually cut it?

Does that really work?

Yeah sure you can try that, but for me — I always like to add some extra pizzazz to my approaches.

I have a neat technique that almost always does the trick for me – and the best thing about it is that there is nothing “sleazy” about it, and it gets most girls emotionally “invested” in you

before you even start your conversation. This almost always works, and when it doesn’t, it doesn’t get uncomfortable or even “awkward” at all.

Title: The “Who’s That Guy?” (WTG) Trick To Engage Women…

This starts when you’re entering your venue. It could be anywhere: a restaurant, coffee place, bar or dance hall. Casually walk in, scan the area for the women of your choice; the ones that you’d like to approach and talk to and then plan your next move. Your next “move” is to have a place to “retreat” to after your very short first encounter.

Once you have that next “move” in mind, you can now proceed to approach your target. When you see her, don’t hesitate, walk towards her confidently (like how you normally approach a friend) and go “Hey hi, how’s it going?”

You might even gently touch her shoulder to establish an initial connection. (What I normally do is to poke her waist from behind – I get a kick from seeing a woman I don’t know to suddenly jolt from behind – and it gets her attention as well as the job done at the same time!) ?

Make sure you smile warmly, like you just ran into an old friend. This is key. Of course, she will turn to you to see who you are.
As soon as you have her attention, make eye contact. Be sure to keep on a happy face. “Cheeky” always seems to work ?

Head off for your planned destination. Again, this might be the restroom, back room, bar, other group of people or you can just disappear off somewhere. You have to be “gone” for a few minutes. This is when the magic of this plan really starts to happen. You won’t be there to see it, but you will know it is happening.

You Have Her Engaged And Invested In You…

This should get her wondering just who you are.

If she happens to be with a group of friends, it will definitely get them talking – just who the hell are you?! You may just have sparked off a guessing game amongst them. What’s funny is that they might even have convinced themselves that you are so-and-so from this or that place. It’s just so unexpected just because they don’t know what to expect at all!

They will be all ready to ask you all sorts of questions when you return. Do you see what just happened there? How the dynamics have changed? Instead of what she’d normally expect from a guy who’s trying to hit on her by coming up with pick-up lines, here you are doing close to nothing but having the spotlight entirely on you!

Imagine: You are not even there in person, and yet it is like you are still there as an object of curiosity. Instead of just being some random stranger, you are already somebody that your target is now thinking about. She can’t help but to wonder! This is a great way to get inside of her head without doing much at all.

After you have taken some time to “busy” yourself with your other “distractions” (be it if you’re talking to your group of friends, you’re in the restroom, or whatever it is you’re doing then), slide back towards your target after a good 5 minutes. 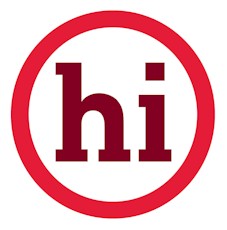 Then go “hey hi again, how have you been?” The key here is not to talk too much, but let her start talking to you. She will definitely ask you – who the hell are you?! Lol.

This is the fun part! You might fib a bit and go “take a wild guess, my dear?” And keep her guessing; keep it light, keep it fun and genuinely have fun with this because if you don’t already know by now, you can take this conversation wherever you want it to go!

If you want, you can ask her, “Weren’t you in… (your choice of college, University, workplace, etc…)”

This will then be the beginning of your “conversation”. She almost certainly will not have gone to the school or company you guessed, but she might start telling you where she did go to school or used to work. Use that to start off a thread to your conversation – find commonalities and topics of conversation there.

You can take it that way.

Or – if you like, you can go the other way, smile and say “Well to be honest, I don’t think I know you – but I thought you were cute so I decided to come by and say hello, I hope that’s OK with you.” ?

By doing that, you were being honest, you clearly stated your intentions and most importantly, you were indirectly asking for her “permission” to get to know her better. Trust me when I say that 9 out of 10, she would definitely smile because of how you’ve flattered her – and just by the way you asked for “permission” to get to know her better. It’s so rare and such a gentlemanly way to show class, women can’t help but to dig it. ?

Only the coldest woman would say that it was not OK, and if that were to really happen, then all the better because that is not likely to be the kind of girl you are looking for anyway.

Do it right and I can guarantee you that 9 out of 10 times, her answer will always be a yes! and not only that, you’ve already scored brownie points with her friends for doing it in such a cheeky way and gentlemanly. You went in with style, guts yet fun at the same time.

Did I mention before that “cheeky” when done right, almost always works with women too? Lol.

So Can You Still Get Rejected? 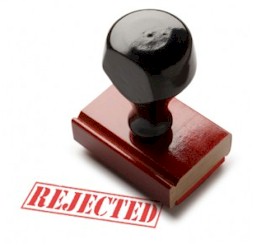 No “approach” is 100% full-proof because there are just too many variables and intangibles that are out of your control (she might already have a boyfriend, be engaged, married, have kids, etc, who knows?)

In real life, these things happen, and you need to accept and embrace them as nothing personal.

But your success rate will be way higher than usual simply because of the fact that
you went in in such a friendly, non-creepy and non-intruding way – and girls will really appreciate your approach – they just do!

Again, this approach almost always works for me. The key is to keep it fun and keep it light and friendly as always. And even if things don’t work out (most of which is because she has already been taken), to the very least, it will usually eventually develop into friendly relationships.

Now don’t forget, if she has a boyfriend – and if proactively make an effort to stay and be within her circle of friends, there’s always that possibility that she might break-up in the future – and with that, there’s also always that “chance” that you could then take advantage of the situation and pounce on that opportunity too – so it’s essentially a win-win.

I’ve had a couple of instances where I started off knowing my girls when they were in relationships, and then they broke up, and then I swooped it and got what I wanted in the end.

Because sometimes, bear in mind that when it comes to getting girls, often times it’s a lot to do with knowing when to make your move – it’s the timing that makes ALL the difference. In other words, sometimes you just have to be patient enough to know when to strike and when not to strike.

Choose your battles wisely and you will eventually end up with your dream girl.