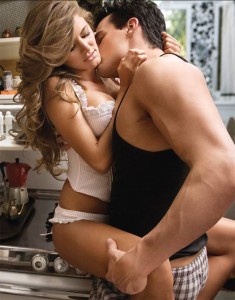 Most men find it difficult to seduce hot women. They believe that women live inside enclosed shells that prevent them from noticing their seduction moves. The thing is women can reciprocate men’s seduction. The problem, however, most men have archaic beliefs regarding women and seduction, thus they tend to do things incorrectly.

If you want to seduce women, it is important that you know about the seduction myths on women so you can plan your moves on how to get her attention. Below are the top seduction myths that are preventing you from seducing women.

Myth #1: Girls Only Get Seduced By Hot Guys

Just because you don’t look like Tom Cruise or some hot actor does not mean that you don’t have any right to seduce women. Remember that how good looking you are do not dictate how girls react towards you. Women get seduced not on good looks but on confidence, swagger, charm, and fun factor. So instead of wanting to achieve good looks, it is important to invest in your inner qualities to get noticed by girls and you will be more effective.

Myth #2: Girls Love It When Men Throw Themselves At Them

This is the reason why men never get laid. The thing is that girls really hate it when guys throw themselves to girls by  showering them with flowers, expensive dinners, and other gifts. Moreover, men who throw themselves at girls also proclaim incessantly they fell in love at first sight. Although it is flattering to be showered with gifts and attention, getting too much of it is creepy and you can be assured that she will never go out on a second date.

Myth #3: Girls Go For Guys Who Are Nonchalant—Bordering on Rude

So you think that treating people like shit makes you look cool in the eyes of women? Think again. This just gives validation to girls what your true personality is. However, you may be lucky because some girls are attracted to jerks. The reason is that being a jerk shares a similar trait with being an alpha male. However, it is important to take note that you will be able to seduce a woman if you act like an outright jerk. Instead, present yourself as a mysterious guy to catch her attention.

Myth #4: You Need To Be Rich To Date Hot Women

Having a lot of money is not a guarantee that you will be able to date hot women. In fact,  most rich guys are not lucky when finding real love. In reality, the only girls that you can attract with money as the bait are none other than—gold diggers. And once you lose all your money, they will easily fade away from your life. The bottom line is, you cannot buy a girl’s affection  no matter how much money you have, but if you are looking for a trophy girl just remember they are high maintenance and money just might be the right bait.

Myth #5: Girls Go For Men They Can Control

The reality is girls do not know what they really want. But one thing is for sure and that is they want a man who will dominate and lead them. They want someone who will control them not because they want to be controlled but because they want men to have control over situations. To put it more appropriately, control is not the specific thing that a woman looks for in men. What they actually want is leadership from men.

Myth #6: The Only Place To Meet Willing Girls Is In The Club

You can meet and seduce girls anywhere. You don’t even have to go to night clubs to find them. It is easy to get a one night stand in night clubs only because the girls who go there are easy to talk to and take home.  Now if you are looking for something more than a one-night stand, you can look for girls wherever you are. In fact, you can find them in coffee shops, in the train stations or while you are walking on your way to work. You can go to night clubs though to practice your pick up skills.

Myth #7: Girls Do Not Require Too Much Sex Like Men

Myth #8: Fate Dictates Who You End Up With

It is either you are a hopeless romantic or just lazy. You will never get anywhere if you don’t make the first move. Picking up women does not happen in an instant. It requires constant practice. And if you rely so much on fate, you might end up not being able to date. So instead of moping around, be proactive—approach as many women as you can and practice the art of seduction. Good women just don’t fall into anyone’s laps just like magic.

Myth #9: Girls Go Out With Guys Who Are Confident

Girls go for guys who are confident but not too overly confident. Overconfident guys tend to care less for their dates. These men like to be in the center of the limelight, thus they talk about themselves most of the time. If you think that you are lacking confidence, don’t worry because you can still work on improving your confidence so that you can become a guy any woman would want.

The art of seduction is very easy but if you don’t break these seduction myths, you will never get anywhere when it comes to seducing attractive and hot women that catch your fancy. The first step to successful seduction is to learn what these myths are and know how to break them.