According to Buzzfeed.com, Candy Crush Saga makes roughly $230 million a year. This amount comes from the pockets of 132.9 million monthly users. It makes anyone think that the world is going nuts with so many people spending their time thinking how to pair two blue sweets with the one they have. According to reports, one teenager even spent thousands of dollars for upgrades! 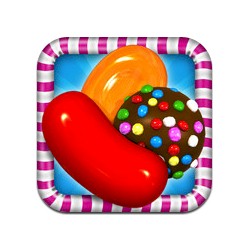 Some people joined the game because they have a lot of free time on their hands; others play because they see it as a way to de-stress themselves. Still, many more like the challenges and like to gloat about their achievements. But Candy Crush Saga isn’t just for people who have nothing to do on their spare time.

With the huge mix of gamers out there, it is possible for you to use the game as leverage for your romantic life, to get chicks ?

It might not seem like it but Candy Crush Saga can be a very good conversation starter. Combine it with using Facebook to meet women… magic beyond imagination!

Commuting to work can be such a bore for many that they spend it either going over their itinerary for the day or tinkering with their phones. More often than not, people who toggle with their phones play games to pass the time.

Candy Crush Saga is one of the most played games in the world today. Because of the number of players all over the world, it wouldn’t be so impossible to find an attractive girl sitting close to you playing away on her phone.

If you do, the game presents itself as an opportunity for you to “approach” her. You can start by asking her what level she is on (do this with a welcoming smile and try not to scare her off). She might be surprised at first and not reply you at first. The next thing you can do is to introduce yourself to her to “wear off” the shock. This is shows that you’re polite and that you just really noticed her playing a game that you also are a fan off.

If she seems okay with how you introduced yourself, then it’s time for you to gauge her level of expertise.

What if she tells you that she’s new to the game? 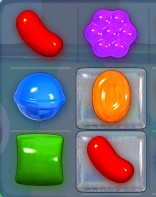 You can be her teacher at that instant and continue your conversation by introducing various concepts like bombs, locked candies, cyclones and mystery candies. Plus, it would also be a great bonus if you introduced some boosters to interest her.

A good way for her to learn from you is to have a hands-on tutorial with her. You can also share your “struggles” regarding a certain level because you met the score target but was not able to progress.

This part is where studying the different techniques in Candy Crush Saga come in handy. Compared to beginners, more advanced players can become more challenging to converse with when talking about the game. You may want to discuss with her some strategies that you know to get more points or special power-ups. 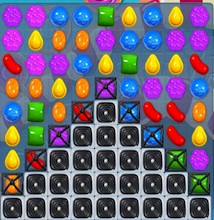 There are actually a lot of sites that offer tips on how to get over a level quickly especially when you’ve been stuck for days at it. Also, if simple tips aren’t enough, you could advise her to view sites like http://candycrushsagaallhelp.blogspot.com/ which offers a step-by-step tutorial on different levels. Forums are also good places to look for help regarding strategies for the game and to interact with experts.

Since both of you are progressing, it would also be good move to challenge her on the level she’s in. You can even add a wager and put up a prize for whoever wins.

If you’re not so confident with your Candy Crush Saga skills, the best way for you to improve is by studying guides found all over the internet. This can be very useful if you want to show off your skill to the girl you want. If she knows more than you do, it wouldn’t be so bad for you to be the student either.

Time can also be a factor when you talk with the girl while both of you are headed off to different destinations. Plan you approach carefully so you won’t be wasting each other’s time and so that you can cover much ground when both of you talk. Make your conversation interesting and don’t drag it out as this will bore her to death!

Future meetings are very possible for both of you especially when you commute regularly on the same bus or train. It would also be cool if you invite her to add you on Facebook to exchange tickets, give lives and give some Candy Crush challenges. If your initial meeting is followed by several ones, you may want to kick things up a notch by meeting up regularly for the game (and you can take it on from here!).

There is no single way for you to deal with women you meet because of the game, just remember that you have to deal with them on a case to case basis and that being good at Candy Crush Saga can be a two-way street for both of you.

With the right preparation and consistency, Candy Crush Saga can be a stepping stone in developing a good relationship that can turn into so much more in the right time. Dating someone through something as unassuming as Candy Crush Saga is possible for anyone. As long as you have the right combinations just like in the game, you might just end up with a “sweet” surprise 😉

Candy Crush is tied so closely with Facebook these days, they practically go hand-in-hand with one another. Everyone (and their brother) is playing Candy Crush on Facebook! The reason why the game is so HUGE these days, it’s mainly because of Facebook.

And mind you, you can never imagine how EASY it is to get and hook-up with women on Facebook once you know how. Facebook Seduction System is one that you definitely must checkout as it contains TONS of “genius” tricks of how to use social media (especially Facebook) to “close” women. Click here to download it now…